Alexander Hamilton is everywhere! He’s in books. He’s on our currency. He’s even on Broadway. Of course, Hamilton can also be found in the numerous museums that display his portrait and curate exhibitions about him (for examples, see here, here, here, and here).

Perhaps you even saw some pieces of Hamiltonia in these museums without noticing them. For example, how many you saw the recent Battle of Brooklyn (Long Island) exhibition at the New-York Historical Society? Did you see the copy of Rivington’s New-York Gazetteer from April 20, 1775? Here’s their description and a photo I took of the newspaper (sorry for the quality): 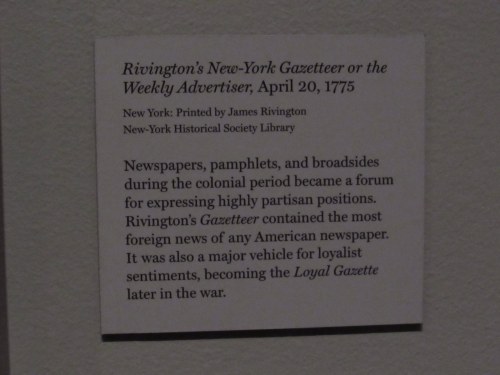 Did anyone notice this advertisement in the above newspaper?

Here we have A.W. Farmer (Samuel Seabury) replying to an essay entitled The Farmer Refuted. I’m sure you all know who penned that essay—the one and only Alexander Hamilton. With no mention of Hamilton in the description, few people probably paid any attention to this. (For those who are curious, Seabury’s Republican Dissected was never published.)

Much more interesting, in my opinion, are a pair of clocks directly connected to Alexander Hamilton on display at two different museums not far from each other.

In the lobby of the New-York Historical Society, not far from Hamilton’s writing desk, a portrait of Hamilton by John Trumbull, and exact replicas of the dueling pistols used by Hamilton and Burr in 1804, is a clock attributed to Robert Joyce: 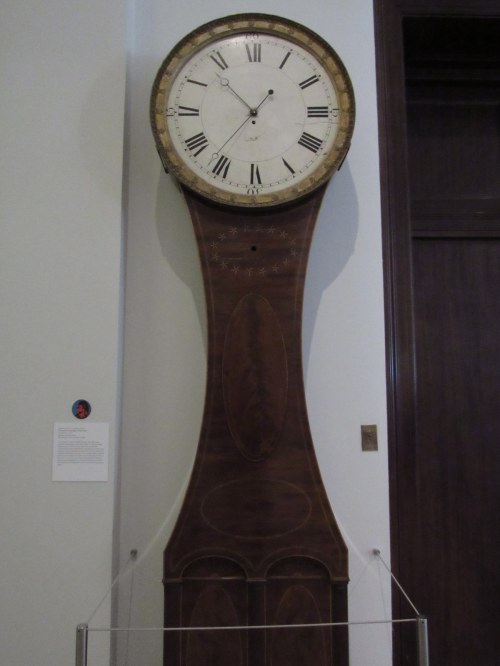 The NYHS explains, “According to tradition, Hamilton presented this clock to the Bank of New York in 1797 to commemorate the opening of its Wall Street headquarters… Founded by Hamilton in 1784, the Bank of New York was the center of the city’s financial life and helped the federal government establish a firm economic footing. After four years on its board of directors, Hamilton left to serve as the nation’s first secretary of treasury.” [Note: Hamilton was one of the founders of the bank, not the founder.]

A similar clock with a similar tale is also on display at the Metropolitan Museum of Art: 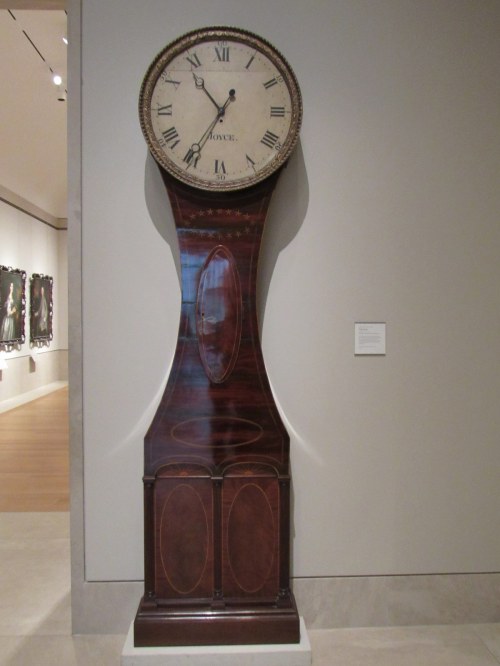 If you didn’t see this clock the last time you visited the Met, I’m not surprised. It can found all by itself at the second-floor entrance to the American Wing in what can best be described as a hallway (technically it’s Gallery 703). I often watch dozens of people walk right by it without paying any attention. Some see me looking and taking pictures of the clock; only then do they take notice of this clock. Robert Joyce produced this clock “circa 1795” (according to the Met website) or “circa 1797” (according to the description next to the clock). According to the description, “This monumental tall clock by Robert Joyce, who trained and worked in London and Dublin before establishing himself in New York, was presented by Alexander Hamilton to the Philadelphia-based Bank of the United States around 1797.”

Thus, we have two beautiful clocks given by Alexander Hamilton in or about 1797 to the two leading banks in the country in two different museums less than a mile from each other. Please do visit these two clocks, enjoy their fine craftsmanship, and connect with everyone’s favorite Founding Father. And if you visit both clocks on the same day, be sure to stop at the statue of Alexander Hamilton as you walk from one museum to the other.